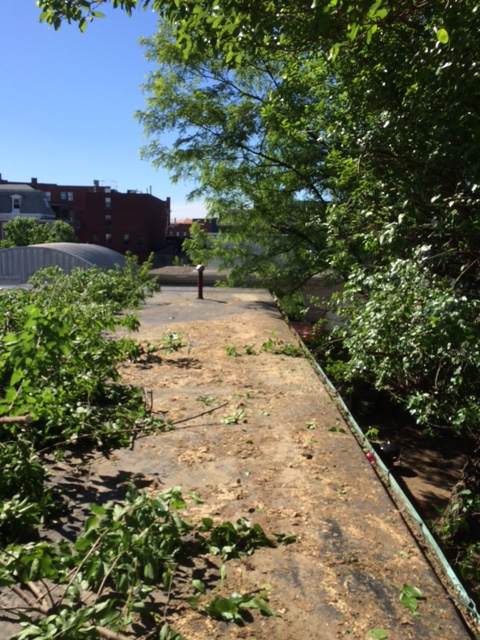 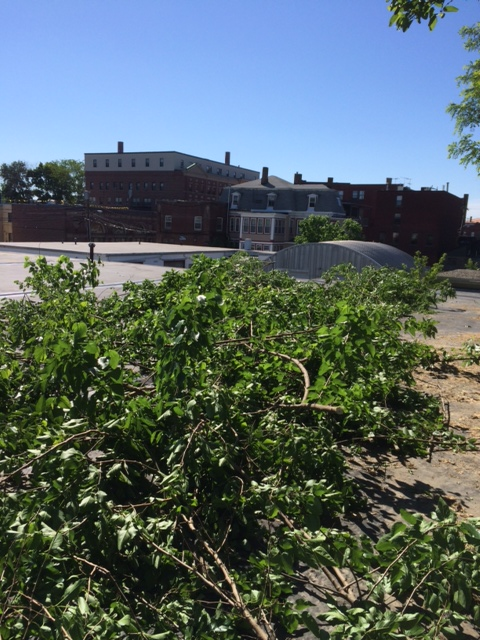 Customer whose roof we installed in 1997 called and said he had a couple of small leaks.

Upon inspection of we discovered trees over grown on the roof and       some of the limbs had penetrated the rubber, thus causing some leaks. The gutters were completely filled and the neighborhood kids had been throwing all sorts of debris on the roof.

I called the customer back after inspection and told him what I had discovered. Since his warranty had run out and the roof had been neglected that there would be a fee to repair, we give him another option. Which was for a fee we would go over the entire roof and perform all repairs and preventive maintenance and give him a three year warranty.