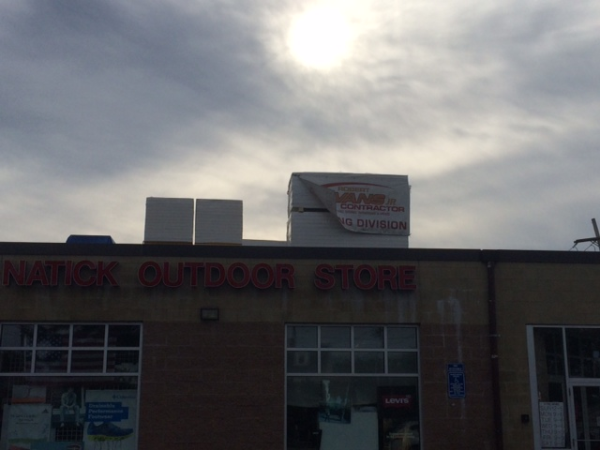 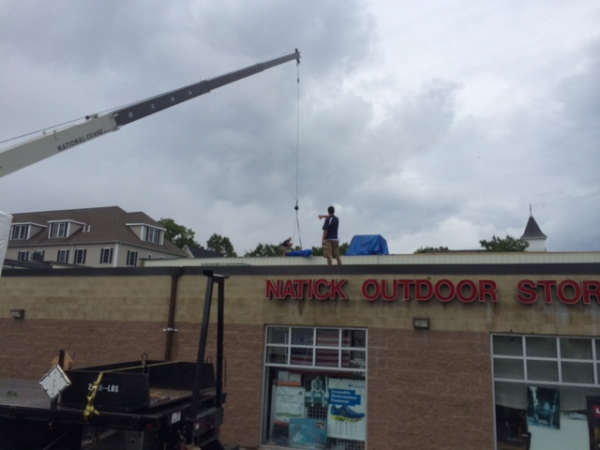 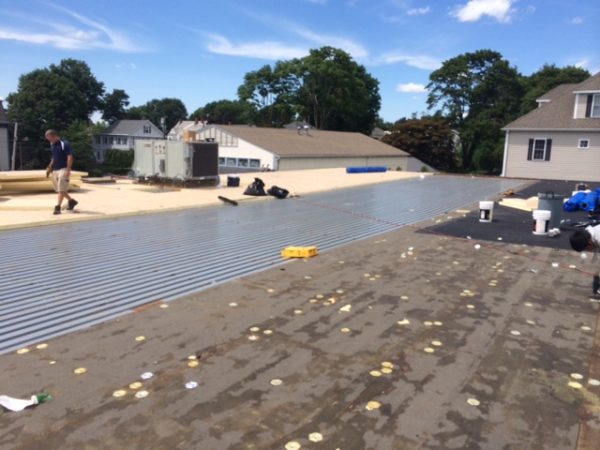 On July 3 a microburst hit the downtown-Natick area ripping shingles off roofs and knocking down trees. It also ripped the roof off the Natick Outdoor Store. After spending July 4 on the roof at the Store we were able to secure the rubber ahead of the oncoming hurricane.

The roof that was ripped off we had installed in 1997 cutting it short of its life span.
The week following we were able to install a new Firestone fully adhered rubber roof with better R-value insulation than what we had originally installed. New four-inch roof drains were sumped down to the roof deck. All new shop fabricated aluminum roof edging was installed around the perimeter to finish off the job.